A Jump Back In Time To Valderrama It Has To Be One If Not The Best Golf Course In Spain........ 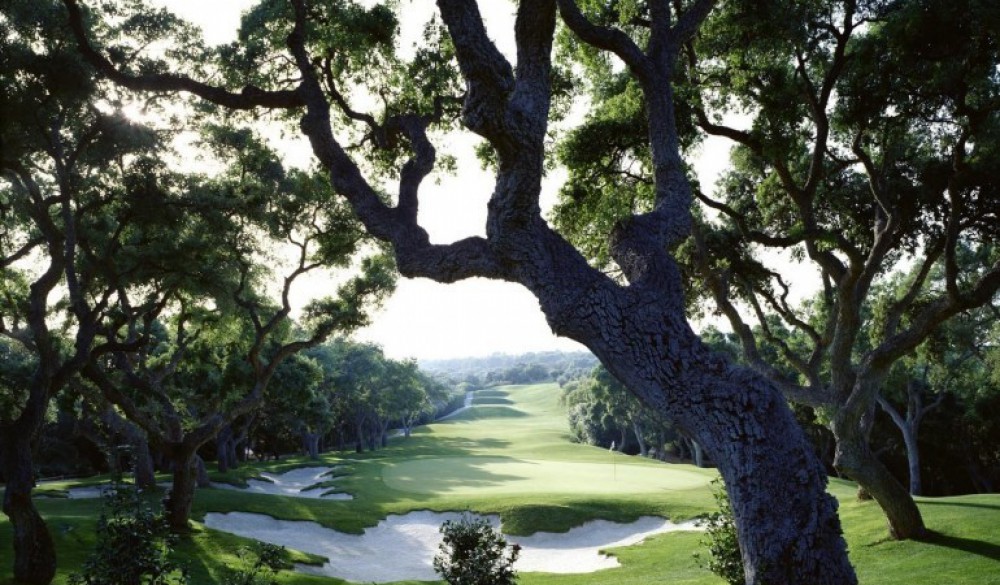 The new course soon opened its fairways to elite professional golf with the staging of the 1966 Open de España, which won by Argentina’s Roberto de Vicenzo. Although The European Tour was yet to be formed, many big names gathered for Sotogrande’s successful debut as a venue for major events.
More than 20 years passed before the return of the world’s leading pros to the Sotogrande area. It was another Robert Trent Jones design, originally built as Las Aves, which became a regular Tour stop after its purchase by Jaime Ortiz-Patiño in 1985.

Duly revamped to world-class standards and renamed Valderrama, Patiño’s creation started a privileged relationship with The European Tour at the 1988 Volvo Masters. This season-ending event was held for 16 years at Valderrama with star-studded fields, as Nick Faldo, winner of the inaugural edition (1988), was followed by big names such as Sandy Lyle (1992), Colin Montgomerie (1993, 2002), Bernhard Langer (1994, 2002), Ian Poulter (2004), Paul McGinley (2005) and Justin Rose (2007), amongst others.

In 1997, Valderrama hosted the first edition of The Ryder Cup played outside the British Isles. This was a historic milestone for the Sotogrande complex, showcased to the world as a world-class golfing destination. The European victory under the captaincy of the legendary Seve Ballesteros was one of the most memorable and emotional moments ever recorded in the golfing history of Sotogrande.

The staging of the WGC-American Express at Valderrama in 1999 and 2000, which saw victories by Tiger Woods and Mike Weir respectively, continued to draw the attention of golf fans throughout the world to Sotogrande. In those years, two new courses increased the golfing opportunities on offer at the Andalusia development: Almenara, a Dave Thomas design, opened in 1998 followed by La Reserva, a Cabell Robinson creation, in 2003.

The last two European Tour events held in this exceptional complex were the 2010 Andalucía Valderrama Masters, won by Graeme McDowell, and the 2011 Andalucía Masters, where Sergio García finally claimed the first Spanish victory at Valderrama after seeing off Miguel Ángel Jiménez in an enthralling Sunday duel.

The choice of La Reserva de Sotogrande as venue for the NH Collection Open confirms the quality of this Cabell Robinson layout and adds a new European Tour stop to Sotogrande, further boosting its prestige as one of the best golfing destinations in Europe.