Where are the best rooftop terraces in Spain where you can enjoy the dying rays of the summer sunshine? 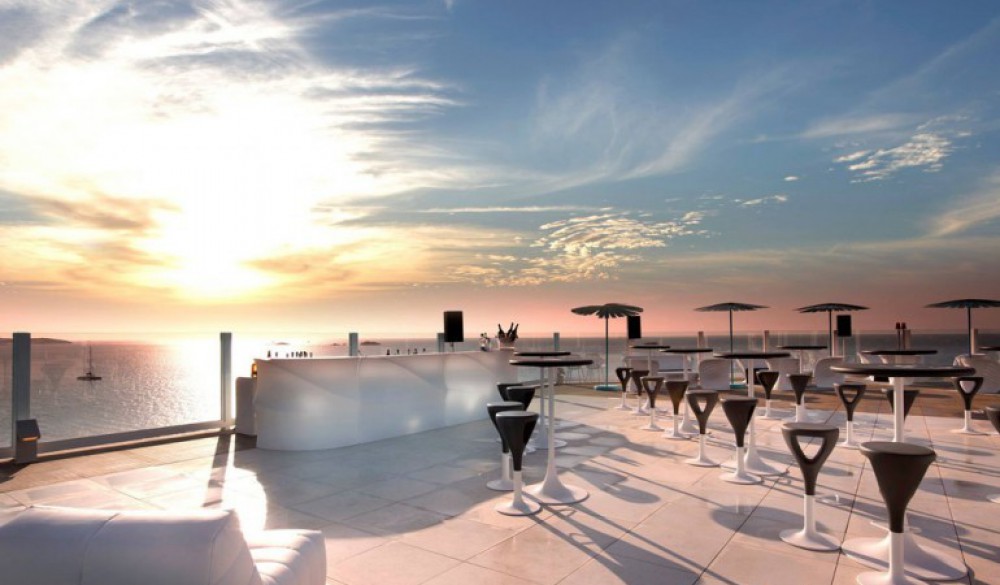 As the summer draws to a close, there’s still time for a trip to a few of these rooftop terraces, which afford unbeatable views of nine Spanish cities.

The top-floor terrace of the Hotel Room Mate Larios is a viewpoint with panoramic views of the city center of Malaga, on the southern coast of Spain. Open weekends year round, it is not only one of the city’s hot spots for a drink, but also a great place to watch the sunset and the city light up, as it is open until 2am.

Its name, 270°, refers to its panoramic views of the skyline of the Mediterranean coastal city. Its 140 square meters in the shape of an L sit on the 10th floor of the modern Barceló Valencia Hotel, which stands in front of the City of Arts and Sciences. Its décor is minimalist and it’s open all year to the general public, not just hotel guests.

Until the end of September, the Cathedral of Palma de Mallorca opens its terraces for a one-hour guided tour where you can see the city from a new perspective. The tour – which is not suitable for children under 11 years old or people with cardio-respiratory problems – starts at the Almoina entrance where you will ascend the 215-step spiral staircase to the highest point of the temple. You will get great views of the ornate features of Gothic architecture, including the flying buttresses and the rose window.

The rooftop of the EME hotel, in the heart of Seville, is known for its cosmopolitan and sophisticated style. It contrasts with its direct views to the most beautiful part of the historic Andalusian city in the south of Spain, the cathedral and its bell tower. Enjoy music while sampling its famous cocktails.

If it’s a cocktail you’re looking for, look no further than the Benito Rooftop Bar. In 2014, it was named the best cocktail bar in Spain. This open-air terrace is situated on top of the Monopol Shopping Center in Vegueta, the historic district of Las Palmas de Gran Canaria, a city on one of the largest of the Canary Islands, an archipelago off the Atlantic coast of Morocco. Aside from drinks, it has one of the best views of the city.

Cafeteria of the CaixaForum (Zaragoza)

Topping the avant-garde CaixaForum Zaragoza building, the cultural and social center of the Obra Social La Caixa, is a cafeteria and restaurant with a terrace bar overlooking the Ebro River and the grounds that hosted Expo Zaragoza in 2008. Open year round in the capital city of the northeastern Aragon region, it has a menu of the day that is usually inspired by the exhibition on display in the cultural center below.

In the evening, the rooftop pool in the spa area of the Gran Hotel Nagari Boutique & Spa, in Vigo, a city in northwestern Spain, is transformed into the modern Skyline terrace bar. The exclusive and elegant space trades its spa treatments for cocktails and chill-out music. Surrounded by magnificent nighttime views of the Vigo Ria estuary and the Cíes Islands in the background, the bar is open all year.

It is said that the best time to visit the terrace on the seventh floor of the Gran Hotel Domine is at sunset, so you can watch the colors of the sky reflected in the incredible architecture that is the Guggenheim Museum nearby. This terrace, in the northern coastal city of Bilbao, is also within walking distance of the Iberdrola Tower and the University of Deusto. It is open from Monday to Sunday until September 21 and during weekends for the rest of September and October.

The Abba Playa Gijon Hotel’s prime location on the beachfront of Gijon, a northern coastal city in the Asturas region, is responsible for its incredible views of the sandy shore, the Bay of San Lorenzo, and the historic district of Cimadevilla. The Roof Terrace is open every Sunday in September and October. Enjoy live music while you sip on delicious drinks with peaceful ocean view.