Why Autumn in Spain is Fast Becoming Popular....... 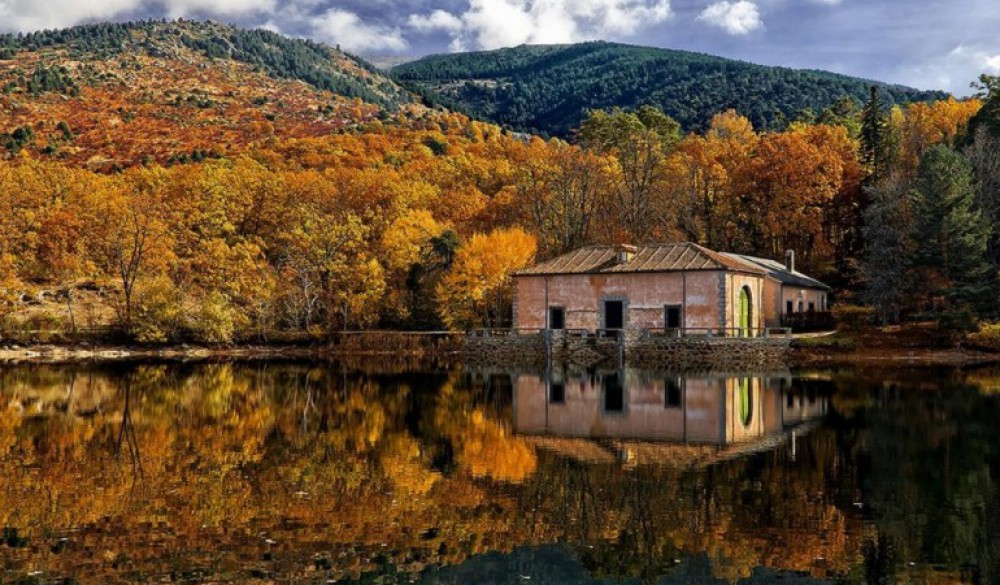 Seven reasons why autumn is the very best season in Spain

With so many wooded areas of outstanding natural beauty to be found in Spain you are never too far from those stunning Autumn colours. However, Faedo de Ciñera in León is one of the best places to see nature's display. It was voted the "best cared for wood in Spain" by Bosques Sin Fronteras (Woods without borders) and is home to beech trees that date back over 500 years.

The Hamlet of Pujerra loves chestnuts, so much so it stages its own Chestnut Festival on October 31st and November 1st. Despite being tiny (home to around 300 people) it boasts Malaga's biggest chestnut cooperative and even a museum dedicated to the humble autumnal treat.
During the festival you can taste up to 50 dishes made from chestnuts. There is also an exhibition of the clothes and tools used in chestnut picking.

You may have missed the wine harvest, which usually takes place in early September, but autumn is a fantastic time to tour some of Spain's vineyards. So head to the bodegas of the Rioja and Ribera region for a glimpse into the age-old wine-making tradition while the air is permeated with the scent of crushed grapes.

Autumn is wild mushroom season in Spain, so why not grab a basket and spend a fun autumnal day foraging for some tasty fungi but be sure to go out with an expert so you know what to look for...and what to avoid.

Many towns hold mushroom picking and tasting events, like the mycology (study of fungi) fest in Ezcaray, La Rioja, which runs from the end of October to the beginning of November, with workshops on cooking mushrooms and more. There are similar mycology fests in Beceite, Aragon and San Esteban del Valle, Avila.

As soon as the temperature drops, it's nice to cozy up to some warm, Spanish cuisine in the autumn, especially after doing everything possible to avoid hot dishes in the sweltering summer.

Though they can be enjoyed year-round, there is nothing quite like churros con chocolate to warm you up from the inside now the chillier weather is here.

Spaniards also love to make use of seasonal crops, so it's time to give up the refreshing gazpacho so perfect in the summer months and instead tuck into crema de calabaza (cream of pumpkin soup), cocido madrileño (stew of Madrid) or caldo gallego (Galician soup) with autumn veggies.

After being overwhelmed by the record number of tourists flooding Spain this year, it is a relief to see empty pavements, open tables at cafes and shorter lines waiting to see famous sites. Spain generally sees a huge drop in the number of foreign visitors in autumn after peaking in the summer, with the number of tourists last November roughly a third (3.4 million) of the number that August (9.1 million).

So now is probably a good time to travel a bit more around the country or visit one of Spain's world-renowned museums without the headache of too many tourists.

For those of us who struggle to make it through Spain’s sweltering summer, autumn comes as a welcome relief: a sunny, breezy time when people are still enjoying the outside terraces, but in a much more pleasant temperature. The fall in temperatures makes it a great time for a city break. Madrid is too unbearable during the summer, but perfectly lovely in autumn.