Is Benahavis Making A Claim As The Best Town In Spain To Live? 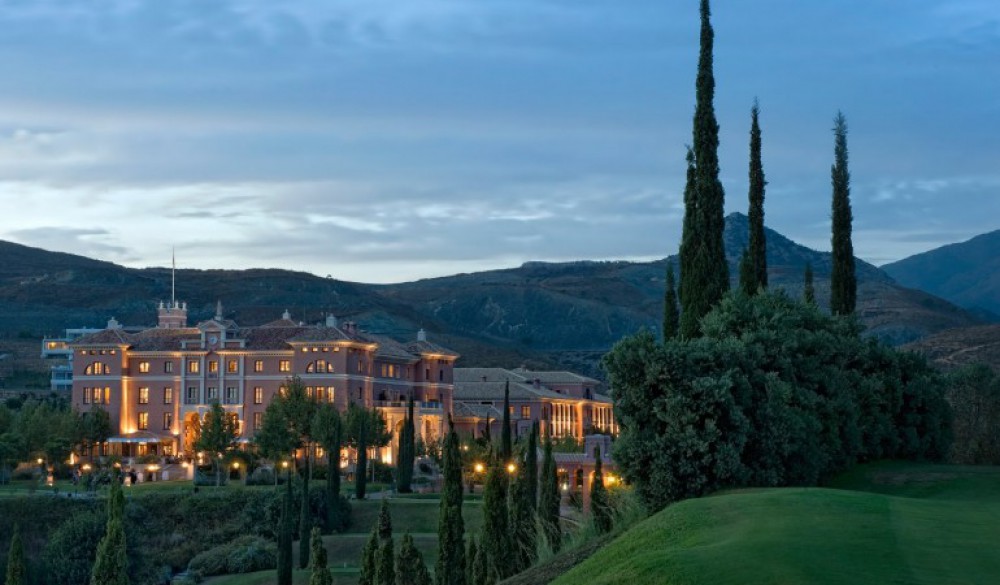 Benahavis is a Spanish mountain village situated between Marbella, Estepona, and Ronda, seven kilometers from the coast. Renowned for its restaurants, it is often called the dining room of the Costa del Sol. Benahavis holds nine of the 60 golf courses in the Costa del Sol; this number is expected to increase to fifteen in the next decade.

Standing on the southern face of La Serrania de Ronda mountain range, Benahavis is one of the most mountainous villages on the western Costa del Sol. Situated near the resort beaches as well as the spectacular mountains of the Serrania de Ronda, its terrain is traversed by the rivers Guadalmina, Guadaiza, and Guadalmansa. Places of great natural and historic interest are to be found within its boundaries, such as El Cerro del Duque, Daidin, and the Montemayor Castle.

The town itself is surrounded by natural parkland, and retains a modicum of a secluded, cozy feel. La Zagaleta, an exclusive gated residential estate and country club overlooking the village, lies within its municipal boundaries, and contributes to Benahavis' status as the richest municipality per capita in Andalucía.

In recent years there has been extended development of the village and the surrounding area with many hundreds of dwellings being built,

During the late 1990s, the Junta de Andalucia constructed a dam on the site of an old marble quarry, and now for much of the year the once ever-flowing Río Guadalmina is merely a dried-up river bed.

Benahavis has a thriving expat scene made up mostly of British, Scandinavian and Irish residents, which means it would be practically impossible for any newcomer not to make friends.

One of the nicest things about Benahavis is that it is an established working village,

That is something that is very important as an expat / investor. A lot of urbanisations are in the middle of nowhere, with no real focus to them and you have to drive miles to get anywhere. In Benahavis, however, everything is close by.

The History of Benahavis

At the end of the 11th century, Benahavis was founded by Arabs. The village was intimately involved with Andalusia's Arabic past, and particularly with Marbella, the municipal district to which it belonged until it was granted the so-called "Carta Puebla" by Philip II in 1572. Montemayor Castle, built prior to the founding of Benahavis, played an important role in disputes between successive Arab rulers in Andalusia, because of its strategic position. It was disputed for many years by the various military factions of the time. Its prominent location overlooking the coast, with up to a hundred kilometres of seaboard visible in clear weather, and even the African coast, was extremely useful at a time when piracy and invasion were commonplace. The town takes its name from Havis, an 11th-century Moorish prince who reigned in Montemayor Castle. The name Benahavis is derived from the Arabic "Bin al Havis", meaning "son of Havis”.

The castle's strategic location drew the attention of the Catholic Monarchs, who were intent on conquering the last Moorish kingdoms in the south of the Iberian Peninsula. Isabel and Ferdinand's forces had already laid siege to the Nazarite kingdom of Granada, but they decided first to occupy the nearby province of Málaga. Soon after, on the 11th of June, 1485, Benahavis, together with the localities of Daidin, Montemayor Castle, Cortes Fortress, Ojen, Arboto, Almáchar, Tramores and Calalui Fort (the Castle of Light), in the Sierra Bermeja, all within the district of Marbella, were handed over to King Ferdinand the Catholic, by Mohammed Abuneza after the signing of the capitulation.

The Catholic Monarchs entrusted their custody to Don Pedro Villandrado, Count of Ribadeo, the first Christian mayor of Benahavis. From that moment on, a dispute arose between Benahavís and Marbella which lasted three and a half centuries, until Benahavís achieved the status of a completely independent community. As for Montemayor Castle, it is worth noting that as well as its impressive location, it had underground passageways connecting it with the coast, large enough to take a man on horseback, through which the Arabs were able to move soldiers, food and weapons.[citation needed] In the 1960s a lorry broke through the roof of one of these in the town's main square.