Exploring Spain In a Different Way... 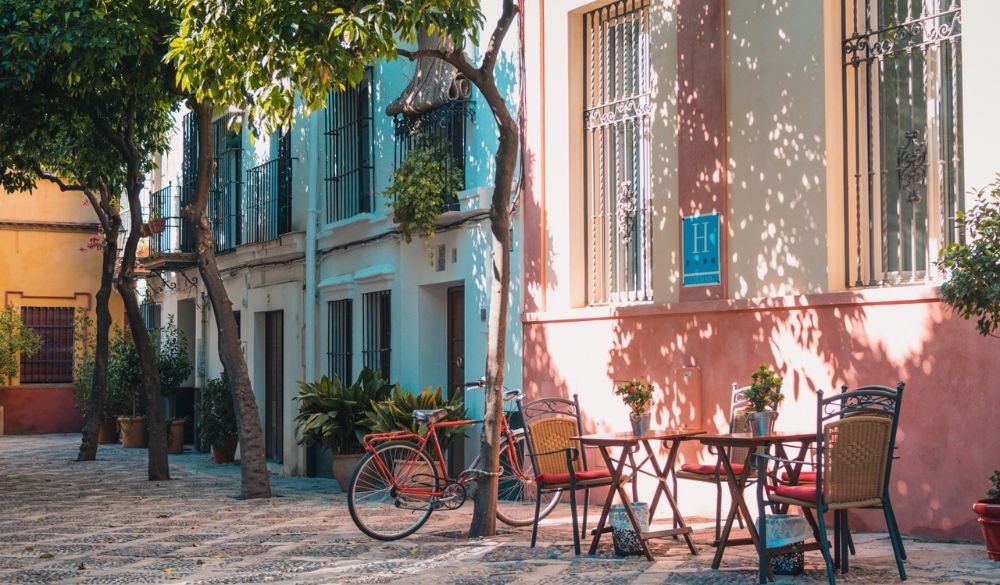 Look beyond the cliches of paella, sangria, and siesta and you're sure to get the best out of your travels to Spain in this amazingly diverse country. Even in the most over-touristed resorts of the Costa del Sol, you'll be able to find an authentic bar or restaurant where the locals eat, and a village not far away where an age-old bullfighting tradition owes nothing to tourism.

The large cities of the north, from Barcelona to Bilbao, have reinvented themselves as essential cultural destinations (and they don't all close down for hours for a kip every afternoon). When the world looks to Spain for culinary inspiration - the country has some of the most acclaimed chefs and innovative restaurants in the world - it's clear that things have changed. Spain, despite the ongoing economic uncertainty, sees itself very differently from a generation ago. So should you - be prepared to be surprised.

• Spain’s land area is around half a million square kilometres – about twice the size of the UK or Oregon. The population is around 46 million – some eighty percent of whom declare themselves nominally Catholic, though religious observance is patchy.

• Politically, Spain is a parliamentary monarchy; democracy was restored in 1977, after the death of General Franco, the dictator who seized power in the Civil War of 1936–39.

• Spaniards read fewer newspapers than almost any other Europeans – tellingly, the best-selling daily is Marca, devoted purely to football.

• Spanish (Castilian) is the main official language, but sizeable percentages also speak variants of Catalan (in Catalunya, parts of Valencia and Alicante provinces, and on the Balearic Islands), Galician and Basque, all of which are also officially recognised languages.

• A minority of Spaniards attend bullfights; it doesn’t rain much on the plains; and they only dance flamenco in the southern region of Andalucía.

• The highest mountain on the Spanish peninsula is Mulhacén (3483m), the longest river is the Rio Tajo (716km).

• Spain has 43 sites on UNESCO’s World Heritage list – more than twice as many as the USA.

• Between them Real Madrid and Barcelona have won the Spanish league title over fifty times and the European Cup (Champions League) thirteen times and counting.

Where to go in Spain

Spain’s cities are among the most vibrant in Europe. Exuberant Barcelona, for many, has the edge, thanks to Gaudí’s extraordinary modernista architecture, the lively promenade of the Ramblas, five kilometres of sandy beach and the world’s best football team. The capital, Madrid, may not be as pretty, but it claims as many devotees – immortalized in the movies of Pedro Almodóvar, and shot through with a contemporary style that informs everything from its major-league art museums to its carefree bars and summer cafés. Then there’s Seville, home of flamenco and all the clichés of southern Spain; Valencia, the vibrant capital of the Levante, with a thriving arts scene and nightlife; and Bilbao, a not-to-miss stop on Spain’s cultural circuit, due to Frank Gehry’s astonishing Museo Guggenheim.

Not only are Spain’s modern cities and towns lively and exciting, they are monumental – literally so. History has washed over the country, adding an architectural backdrop that varies from one region to another, dependent on their occupation by Romans, Visigoths or Moors, or on their role in the medieval Christian Reconquest or in the later Golden Age of imperial Renaissance Spain. Touring Castilla y León, for example, you can’t avoid the stereotypical Spanish image of vast cathedrals and hundreds of reconquista castles, while the gorgeous medieval university city of Salamanca captivates all who visit. In northerly, mountainous Asturias and the Pyrenees, tiny, almost organically evolved, Romanesque churches dot the hillsides and villages, while in Galicia all roads lead to the ancient, and heartbreakingly beautiful cathedral city of Santiago de Compostela. Andalucía has the great mosques and Moorish palaces of Granada, Seville and Córdoba; Castilla-La Mancha boasts the superbly preserved medieval capital of Toledo; while the harsh landscape of Extremadura cradles ornate conquistador towns built with riches from the New World.

The Spanish landscape, too, holds just as much fascination and variety as the country’s urban centres. The evergreen estuaries of Galicia could hardly be more different from the high, arid plains of Castile, or the gulch-like desert landscapes of Almería. In particular, Spain has some of the finest mountains in Europe, with superb walking – short hikes to week-long treks – in a dozen or more protected ranges or sierras – especially the Picos de Europa and the Pyrenees. There are still brown bears and lynx in the wild, not to mention boar, storks and eagles, while a near-five-thousand-kilometre coastline means great opportunities for fishing, whale-watching and dolphin-spotting.

Agriculture, meanwhile, makes its mark in the patterned hillsides of the wine- and olive-growing regions, the baking wheat plantations and cattle ranches of the central plains, the meseta, and the rice fields of the eastern provinces of Valencia and Murcia, known as the Levante. These areas, although short on historic monuments and attractions, produce some of Spain’s most famous exports, and with the country now at the heart of the contemporary European foodie movement, there’s an entire holiday to be constructed out of simply exploring Spain’s rich regional cuisine – touring the Rioja and other celebrated wine regions, snacking your way around Extremadura and Andalucía in search of the world’s best jamón serrano (cured mountain ham), or tucking into a paella in its spiritual home of Valencia.

And finally, there are the beaches – one of Spain’s greatest attractions, and where modern tourism to the country began in the 1960s. Here, too, there’s a lot more variety than the stereotypical images might suggest. Long tracts of coastline – along the Costa del Sol in Andalucía in particular – have certainly been massively and depressingly over-developed, but delightful pockets remain, even along the biggest, concrete-clad costas. Moreover, there are superb windsurfing waters around Tarifa and some decidedly low-key resorts along the Costa de la Luz. On the Costa Brava, in the northeast in Catalunya, the string of idyllic coves between Palamos and Begur is often overlooked, while the cooler Atlantic coastline boasts the surfing beaches of Cantabria and Asturias, or the unspoilt coves of Galicia’s estuaries. Offshore, the Balearic Islands – Ibiza, Formentera, Mallorca and Menorca – also have some superb sands, with party-fuelled Ibiza in particular offering one of the most hedonistic backdrops to beachlife in the whole Mediterranean.

Hedonism, actually, brings us full-circle, back to one of the reasons why Spain is pretty much irresistible and infectious. Wherever you are in the country, you can’t help but notice the Spaniards’ wild – often over-bearing – enthusiasm for having a good time. Festival time is a case in point – these aren’t staid, annual celebrations, they are raucous reaffirmations of life itself, complete with fireworks, fancy dress, giants, devils, bonfires, parties, processions and sheer Spanish glee. But even outside fiesta time there’s always something vibrant and noisy happening – from local market to late-night bar, weekend football match to beachside dance club. Meals are convivial affairs – not for most Spaniards the rushed sandwich or chain-restaurant takeaway – and long lunches and late dinners are the norm throughout the country. And with family at the heart of Spanish society, there’s a genuine welcome for, and interest in, you and yours, whether at resort hotel or rustic guest house. “A pasarlo bien!” (Have a good time!), as the Spanish say.

Although the summer months are beautiful along the coasts, thanks to the cooling breeze, the heat can be unbearable in inland areas such as Seville and Madrid. The best time to visit Spain is generally during spring and autumn when the weather is warm and pleasant, yet not uncomfortable.

When you travel Spain, you'll notice a diversity between cities that is unlike anywhere else. Partly, this is down to an almost obsessive regionalism, stemming from the creation in the late 1970s of seventeen comunidades autonomías – autonomous regions – with their own governments, budgets and cultural ministries, even police forces. You might think you are on holiday in Spain – your hosts may be adamant that you’re actually visiting Catalunya, and will point to a whole range of differences in language, culture and artistic traditions, not to mention social attitudes and politics. Indeed, the old days of a unified nation, governed with a firm hand from Madrid, seem to have gone forever, as the separate kingdoms that made up the original Spanish state reassert themselves in an essentially federal structure.

Food and drink in Spain

There is more than meets the eye when it comes to cuisine in Spain than paella, tapas, and Sangria. Of course, seafood dishes are popular on the coasts and inland, meat is the preferred option. Traditional dishes include croquettes, omelette, and pisto. The Spanish celebrate good food, as with most Mediterranean cultures, so finding a huge market selling everything from chorizos to fresh prawns will be no problem.

8435 Views
Register for our newsletter