Want To Know Which Is The Prettiest Town In Spain 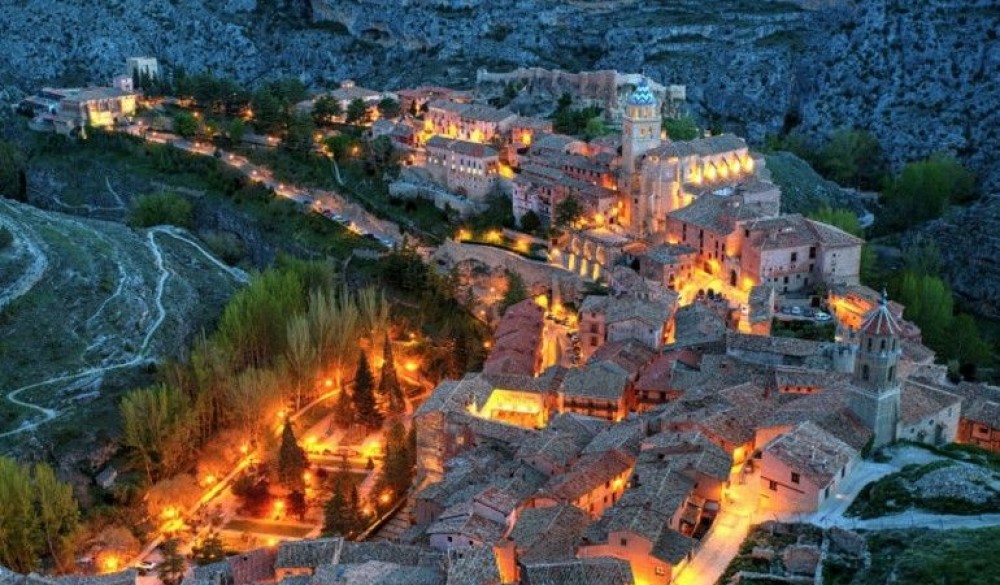 When you see this town for the first time, approaching on the winding Aragonese roads through dense countryside and steep cliffs, you’ll immediately wonder why you never visited it before. Albarracín, located in the western Spanish province of Teruel, Aragón, is a small village that seems to have been taken from a fairy tale and which, according to Spanish people, is the most beautiful town in the whole country.

The village, a mere 44 hectares and with a population of just a thousand people, stands on the slope of an imposing mountain. Surrounded by a spectacular wall and with a well-preserved historical centre, this town was founded in the 11th century by Moorish settlers as a defensive mountain stronghold, with a sheer cliff-face on one side and the Guadalaviar river on the other.

Albarracín has been a National Monument since 1961 and is currently proposed as a candidate to be a UNESCO World Heritage Site. It’s located 175 miles from Madrid, about 3 hours by car, and 125 miles from Valencia. Since 2011, it has formed part of the list of "the most beautiful villages in Spain", an official network that aims to promote and preserve national heritage and tourism in more unknown and sparsely populated areas of the country.

The overall winner, Albarracín, is a forbidding fortress town and has everything a traveller could wish for: an impressively preserved old town centre, ancient stone walls that run the length of the village, the famous Torre del Andador tower, and the ruins of an old Moorish “Alcázar” fortress, all surrounded by the Sierra de Albarracín countryside, a stunning natural wonder to behold.

This small village has more history than you can shake a stick at. At one point, it became the capital of the kingdom of Taifas, a Muslim principality in Spain, and thanks to this it continues to maintain a medieval and Islamic spirit, with houses mostly reddish because of the main building material there.

The most incredible thing about the town’s houses is their unique shape, which bend outwards as they go up, almost meeting above your head as you wander down the tiny, cobbled alleyways. Extensions were built to the houses in Albarracín over the years because the owners only paid for the land space of their homes, and decided to gain extra room by building outwards on the upper floors. It’s truly a sight to see, and helps to make Albarracín a place like no other.

There are many other monuments of interest in Albarracín. The most important is the Alcázar, a medieval fortified castle from the Taifa period that was built in the eleventh century. There is also the Cathedral of San Salvador, from the 16th century, the old Episcopal Palace, the Church of Santa María and the Plaza Mayor with its town hall – a veritable treasure trove of architectural artefacts and living history that are decorated inside with intricate wooden carvings and ancient frescoes. From the main square, you also have a great viewpoint over the river Guadalaviar and the forested hills that stretch for miles, the view that made this town such a pivotal strategic site so many years ago.

In the area surrounding Albarracín, there is the Albarracín Cultural Park, which contains a collection of Neanderthal rock art declared a World Heritage Site by UNESCO, as well as artefacts from the Spanish Civil War and various traditional constructions like kilns and mills.
In the Sierra de Albarracín you can visit the springs and lagoons of such rivers as the Tagus, Guadalaviar and Cabriel. Horseback riding and bicycle rides are also popular in the area. The whole region is located within the Montes Universales National Reserve, so you can observe the flora and fauna typical of the district. If you’re lucky, you might even get to see the most iconic local animals, wild boars and deer.

Another great reason to visit Albarracín, and undoubtedly one of the reasons why it was voted the best village in Spain, is its food. In particular, the gazpacho, the oxtail stew and the delicious Arabian donuts stand out. This is on top of magnificent local products such as the famous artisanal cheese from the Sierra de Albarracín and mushrooms from its forests.

In short, there’s no end of reason to visit Albarracín, and to get there you can go by car or take one of the buses from Madrid. Once there, you can stay in any of the incredible hotels in the municipality, or in one of their local accommodations, in many cases at very affordable prices. Incidentally, Cudillero, in Asturias, and Santillana del Mar, in Cantabria, ranked second and third on the list of the best towns in Spain drawn up by the El País newspaper.