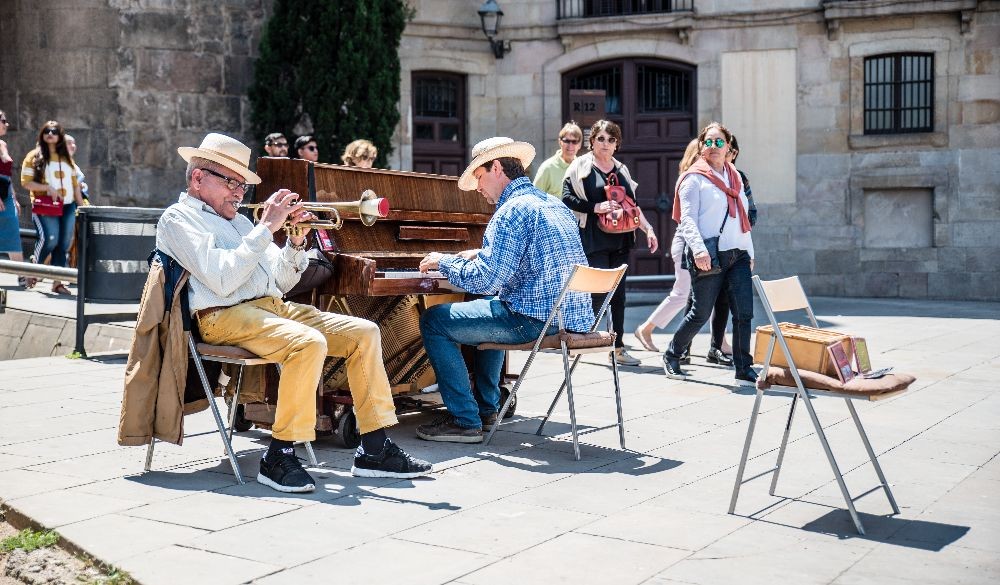 If you're planning a trip to Spain, brushing up on the traditions and customs of the region will help you make the most of your vacation. While many Spanish traditions like tapas and flamenco dancing have become legendary around the globe, knowing where to experience them in Spain can be difficult for some tourists.

From annual festivals and events to great food and cultural experiences, there's plenty to discover on your trip to Spain—if you know where to look.

Every tourist who comes to Spain wants to try tapas, one of the most famous of Spain's traditions, but many don't understand the culture around this style of dining. A tapa is not a type of food, it's a way of eating it. Tapas are small portions, but they can be of any of Spain's many traditional dishes. To "go for tapas" (tapearin Spanish) does not mean ordering a lot of dishes in one restaurant (though, of course, you can), but to bar-hop, eating a different tapa in each bar.

When to Eat in Spain

Many a tourist has been undone by Spain's rigid eating times. Miss the narrow windows for each and you end up eating on your own or in a substandard touristy restaurant that caters precisely for those who haven't gotten in sync with the Spanish way of eating. Light breakfast starts at 7 a.m. but most people enjoy it around 8:30 a.m., with pastries selling out around 10 a.m. You can indulge in la hora del vermut for a sip of sweet Spanish vermouth at around 12:30 p.m. and then lunch around 1:30 p.m. to 4 p.m. Dinner tapas are typically enjoyed around 9 in the evening, but a sit-down full meal usually starts at 10 p.m.

Most tourists who visit Spain want to eat paella and drink sangria, but you should be wary of crafty bars and restaurants exploiting the prices for sub-par food and drinks. It's helpful to know how to properly order sangria and paella to avoid looking too much like a tourist, but you should be fine if you head to traditional local restaurants and treat your server politely. If you'd rather not drink sangria with your meal, Spain also celebrates a rich culture of other drinks and wines produced in the country.

Every guidebook says something different about tipping, but restaurants and bars in Spain do not expect you to leave a tip—unless you're American. That's not to say Spanish bartenders and waiters are taking advantage of U.S. tourists; they just know Americans are used to tipping back home. Some bars and restaurants even have policies against tipping or where the workers give tips to the owner. However, unlike in the American service industry, Spanish restaurant workers are given living wages and health benefits, so tips aren't necessary.

Flamenco is perhaps the most famous Spanish tradition but also one that is often misunderstood. Flamenco is not a dance but does sometimes have dancing in it, rather it's a musical style with far more emphasis on the guitar, vocals, and rhythm than on the dancing. In fact, the whole idea of flamenco dancing is a little paradoxical: True flamenco is spontaneous, but flamenco dancing requires appropriate attire, meaning it must be planned! Still, you'll hear flamenco music and see flamenco dancing all over Spain, and you can even take lessons in many Spanish cities.

Although the pressures of a modernized market economy have made the idea of taking long breaks in the afternoon a little impractical for businesses, many Spaniards still take a daily siesta during the hottest part of the day. ​Siesta means "nap" in English, and there are two periods most Spanish people take their afternoon rest: from 2 p.m. to 5 p.m. for people going out for lunch or a drink and from 4 p.m. to 8 p.m. or 9 p.m. for people who work at bars and restaurants.

Bullfighting, the most controversial of Spanish traditions, is a mixed blessing for Spain. Many tourists are very curious to see it and view it as a fascinating insight into Spanish culture, but it is also a stain on the country's reputation for others. Bullfighting is nowhere near as popular as it used to be, but it still features prominently in the country's self-image. In 2017, the tradition got a tourism boost because of the release of 20th Century Fox's movie "Ferdinand," which features a ​bull who no longer wants to fight the matador as the main character. While you can still experience these traditional bullfights in many cities across Spain, the sport is dwindling.

Bullfighting as a pastime may be dying, but soccer most certainly is not. Also known as fútbol locally, soccer takes on a quasi-religious significance in the lives of Spanish males. With two of the most successful teams in European soccer, any sports fan should check out Spain's fútbol heritage. Head to a sports bar to watch a game live or even visit one of the stadiums if you want to see this national tradition in person.

Spanish nightlife, especially in cities like Madrid and Barcelona, is legendary and inclusive of all ages and interests. Each city has a part of town for each demographic, but no one really goes out before 10 p.m. each night. The Spanish are a late-night people, perhaps because of their mismatched timezone—they're geographically closer to England but in Poland's same timezone. With everything from underground clubs to elegant speakeasies, you're sure to find something to do each night you spend in Spain.

The Spanish eating, drinking, and dancing culture steps up a gear when there's a festival happening—and festivals happen year-round in Spain. Every town or village has a local fiesta, at which point the locals don't just eat and drink because it's fun, they do so because it would be un-Spanish not to. There are a number of strange Christmas traditions and fiestas in Spain as well as several that celebrate the cultural heritage of the region.