The Spanish Guide To The Olive Oil Regions 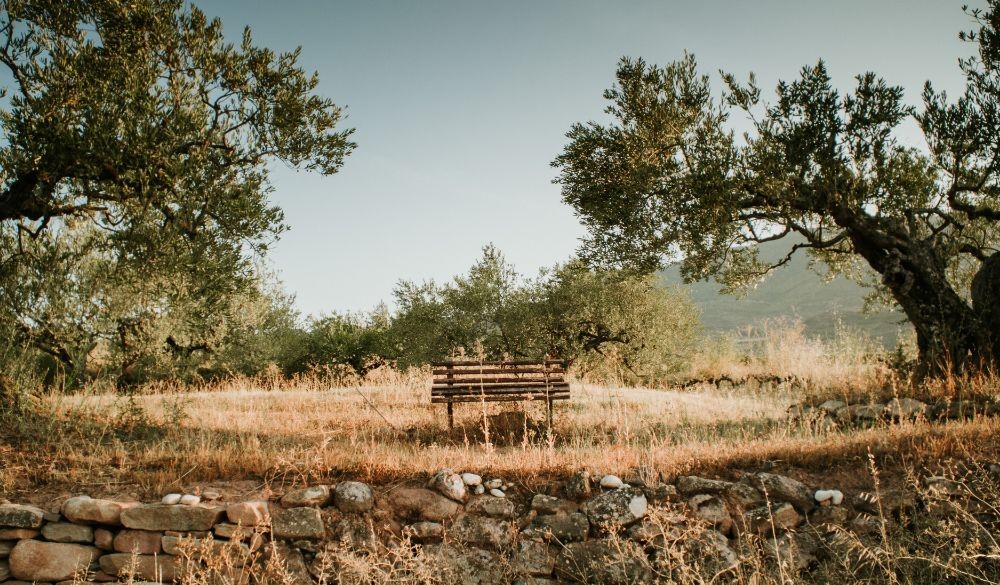 Not only does Spain produce over half of the world’s olive oil (with more than 350 million olives harvested yearly), but the enduring presence of this liquid gold throughout its history – from the Phoenicians who reportedly imported olive oil in 1100BC to the Moors who refined and developed production in the regions they occupied – has ensured its central role in the country’s customs and way of life. As a result, various iterations and standards of olive oil emerged (there are now more than 200 olive varieties in Spain), expressed in distinct, regional characteristics that come about due to unique growing techniques, the landscape and climate – much like good wine.

Take Andalucía, Spain’s largest producer of extra-virgin olive oil – the unrefined, pressed juice – with hot, dry climates guaranteeing a deep, strong-bodied flavour. Then there’s Catalonia, another key producing region where the oils assume a soft, mineral character, Castilla-La Mancha’s fruity and thick versions which are used for first-rate blends (as grapes are for fine wines), and the Balearic islands such as Mallorca, whose oil profile is mild and sweet due to the coastal breeze. These unique aspects are reflected in local recipes, as well as distinct customs and traditions – Andalucíans drizzle their toast with olive oil for breakfast, for example.

Extra-virgin olive oils undergo similar quality tests to wine and coffee, and are identified for their distinct tasting notes. Much like France’s appellations (food and wine classification), Spain’s Protected Designation of Origin system was launched in 1985 to safeguard distinct oil profiles, and now includes 29 regions. So with this in mind, here’s an easy guide to four well-known extra-virgin olive oil regions in Spain, highlighting the characteristics particular to each and suggesting traditional dishes to try them with at home.

Dry tangerine-coloured valleys combed with olive trees and flanked by pine-clad mountains are part of the typical landscape here. It’s a majestic scene which effortlessly embodies the rural romance of southern Spain. And while the whole region is responsible for producing 30 per cent of the world’s olive oil, this is mainly concentrated in the provinces of Jaén and Córdoba, where olive trees thrive in the searing dry summers and mild winters. Picual oils here were traditionally identified for their fig notes and bitter edge (aroma and taste are the modern benchmarks for quality), though mechanical harvests and production innovations have led to more fragrant oils with greener hues. As the cornerstone of Andalucían cooking, extra-virgin olive oil is used generously in local dishes and tapas such as gambas al pil pil(prawns fried with chilli and garlic), gazpacho and patatas a lo pobre (poor man's potatoes) – potatoes, peppers and garlic drizzled in olive oil and fried. Then of course, there is tostada for breakfast.

The mighty Pyrenees separate Catalonia from France and Andorra in the north, while the Mediterranean coast in the east takes the edge off warm days with a cool breeze. The steep hills of this north-eastern region shield its old olive trees from sun damage and strong winds, while a dearth of rainfall keeps them dry, guaranteeing high-quality oils (there are five Protected Designation of Origin here). Pressed mainly from the arbequina variety and with more than a hundred producers, notably in Tarragona and Lleida, Catalonia’s oils tend to be smooth and sweet in flavour with fruity aromas of almonds and apples. Olive oil is deeply rooted in Catalonian culture and manifests itself in festivals such as Siurana’s olive-oil fair and local dishes including pa amb tomaquet (bread with tomatoes drizzled in olive oil), a large variety of fried tapas such as sardines on toast and puddings such as orelletes(pastries made with olive oil).

Located south of Madrid in central Spain, this vast region is home to UNESCO World Heritage Sites, extraordinary nature reserves and national parks such as Sierra de Alcaraz and Alto Tajo, as well as brilliant food and wine – it’s famous for its wild garlic, saffron and cheese. Castilla-La Mancha’s southern areas are also blessed with a balmy, largely dry climate, perfect for growing olives – predominantly in Ciudad Real and Toledo. Contributing to 14 per cent of the country’s olive-oil production, and the second most important oil region after Andalucía, Castilla-La Mancha uses mainly the cornicabra variety. Its oils are known for their strong, bitter character, fruity aromas and spicy, lingering taste. Like in all Spanish regions, olive oil plays a seminal role in Castilla-La Mancha’s cooking, with local specialities such as pisto Manchego (a fried version of ratatouille) and asadillo (roasted red peppers in garlic, tomato and olive oil).

The largest of the Balearic islands, with its pretty beaches, mountains and go-slow hillside towns, Mallorca is known for producing two types of extra-virgin olive oil and has a tradition of cultivation dating back two millennia. Aged groves (90 per cent are more than 500 years old) line its sun-soaked, undulating landscape and handsome estates, producing either fruity, green-gold oils with a deep, bitter flavour from early harvests or sweeter, yellow-hued oils from riper fruits. Mallorcan extra-virgin olive oil tends to use three olive varieties: mallorquina, arbequina and picual. They have their own designation of origin and quality stamp, Oli de Mallorca, which protects the purity of the oils – all packed with vitamins and unsaturated fatty acids to help absorb calcium. Olive oil is prevalent in local cooking, from the popular pa amb oli (bread rubbed with tomato and olive oil and seasoned with salt) to snails dipped in aioli. There is even an annual competition hosted by Oli de Mallorca where mixologists go head to head to make the most creative cocktail using the island’s top-rung extra-virgin olive oil. And every November, the Fira de l’Oliva festival takes place in Caimari – a spectacular setting surrounded by olive groves at the foot of the Serra de Tramuntana.

7865 Views
Register for our newsletter