When You Live in Spain- Here Are Some Of The Very Best Luxury Getaways ? 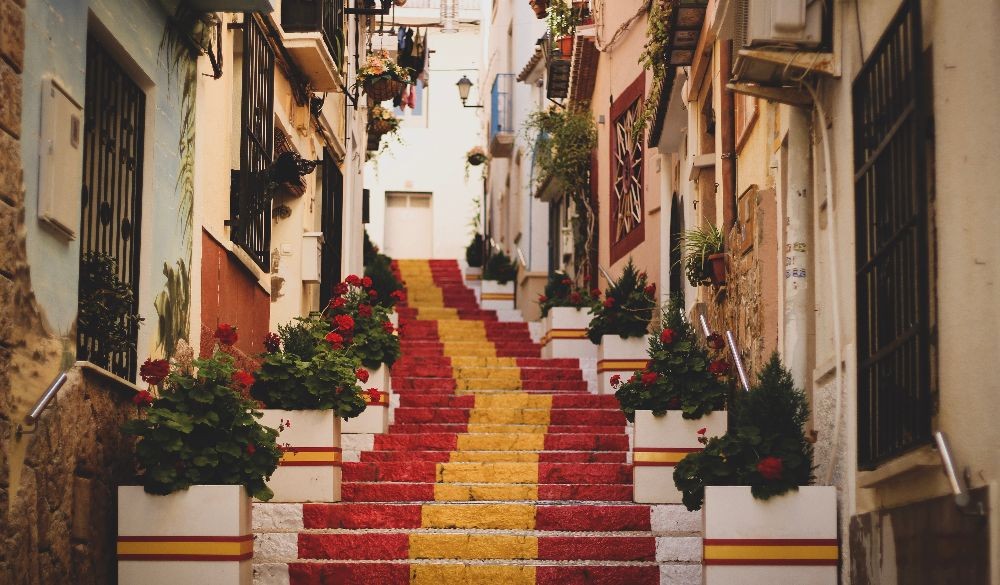 Why not squeeze in a quick luxury weekend away…

A taste of Asia in Alicante

Forget about the beaches - this oriental oasis near Benidorm is a hidden gem in the hills, tucked away from the busy coastline. Named Spain’s best hotel at the 2018 World Travel Awards, the five-star Asia Gardens resort transports its guests through Bali, Jakarta and Langkawi, offering a rich pan-Asian experience without ever having to leave Alicante. Its several luxury restaurants include Udaipur, Palapa and Koh Sumai, mixing mediterranean gastronomy with the flavours of the Orient.

La Concha beach in San Sebastian is consistently voted one of the best in Spain.

With the highest number of Michelin starred restaurants per square metre in all of Europe, the Basque city of
San Sebastián could easily be regarded as Spain’s food capital. Akelarre, Arzak andMartin Berasategui - with three Michelin stars each - are just a few of the culinary names that make up the astounding fine dining offer of the area. Akelarre, run by Basque chef Pedro Subijana, also has a five-star hotel attached to it, overlooking the Bay of Biscay. The spacious interiors are made with sensual, natural materials like oak, stone and brass, and are filled with artworks hanging on the walls.

Relax surrounded by vineyards at the Finca de los Arandinos.

The region of La Rioja is a mecca for wine lovers - and we know the perfect place to stay for an exclusive wine-related getaway. The Finca de los Arandinos - located around 10 km from Logroño, the capital of La Rioja - was recently named best hotel by the International Wine Challenge Merchant Awards. Designed by local architect Javier Arizcuren (who took inspiration from the late Spanish artist and fashion designer David Delfín), this intimate establishment has just 14 rooms and is at once a hotel, winery, restaurant and spa; it of course offers a number of special wine-tasting activities, including a wine and architecture tour of La Rioja.

Rioja wine has fierce competition from its robust, less fruity cousin, Ribera. The wine, made from ripe, dark fruits, has been produced in the elevated, rocky Ribera del Duero region of Castilla y Leon for thousands of years, with tinto fino making up the majority of the produce. Stay in the five-star Le Domaine hotel - located in restored 12th century Castilian abbey, Abadía Retuerta - which offers a number of wine-related experiences, including themed tastings, tours around the wineries and horse-riding through vineyards.

Savour the sherry of Jerez

Although town of Jerez in Cádiz is famed for its intimate, rowdy and wonderfully atmospheric flamenco taverns, there are a number of more exclusive luxury experiences to be had in the area. The nearby Montecastillo resort has 124 rooms as well as 38 villas. Its spa and wellness facilities offer saunas, a hot tub, massage rooms, a fitness studio and beauty treatments; there’s also an 18-hole golf course, football pitches and tennis courts. Heading out into town for a tour around Jerez’s most famous sherry bars - like Tio Pepe, El Pasaje and San Pablo - is a great way to keep warm in the winter.

Enjoy a treatment with olive oil with Oleo Tour Jaen

The Andalusian province of Jaén is often overlooked by tourists in favour of its coastal counterparts like Malaga and Cadiz, or the world-renowned historical gems of nearby Cordoba, Seville and Granada. But as the capital of Spain’s liquid gold - olive oil - Jaen offers an enriching rural weekend escape. Foodies looking to discover the history and variety of the product at the centre of one of Spain’s principal industries need look no further than Jaén. Get a feel for the area’s natural landscape by staying in one of the many rural apartments, such as Los Castillarejos, and take a tour around the local olive groves and factories organised by the likes of Oleo Tour Jaen.

It's not just golf at Hotel Camiral where a wellness centre offers yoga, pilates and lifestyle classes.

Golf lovers rejoice - the recently refurbished five star hotel Hotel Camiral is located on Spain’s number 1 golf course, on the grounds of the PGA Catalunya Resort in Caldes de Malavella. The hotel was designed by Catalan architect and interior designer Lázaro Rosa Violán, the man behind some of Spain’s most glamorous leisure spaces, including Soho House Barcelona and the Only YOU hotels in Madrid. A stay in one of Hotel Camiral’s 145 rooms offers breathtaking views of the Catalonian countryside, daily swims in the 25m pool, massage and wellness treatments, and of course, a few rounds on either of the two award-winning 18-hole golf courses.

Yoga in an eco villa

Located in the picturesque bay of Aiguablava, on the Costa Brava, is Villa Pi Blau, an eco retreat built with a focus on energy-efficient construction and high quality sustainable materials. The building, designed by Catalan architects Ignasi Font and Ana Jané, creates a language of simple cubic geometry, paired with warm materials such as wood, terracotta and stone walls - all of which provide a powerful setting for a yoga and wellness escape. Located near the medieval town of Begur, the villa is surrounded by spacious gardens that reflect the contours of the Costa Brava’s rocky landscape pine trees and overlooks sandy beaches and crystal clear waters.

Yoga and hill-trekking in the Alpujarras

Kaliyoga is a retreat situated in the southern hills of the Sierra Nevada, founded by a British yoga-loving couple. Its location in the Alpujarras makes it a perfect spot to combine your twice-daily yoga classes with long walks in the hills - which the retreat itself organises - exploring the region’s waterfalls, gorges, valleysand villages. The retreat emphasises the importance of diet, offering detox experiences and raw food workshops. Guests can choose to sleep in in the main farmhouse, or in log cabins, or in large ‘glamping’ style teepees.

Yoga and sweet wine in Malaga

Wine lovers who have yet to try vino dulce should set off to Malaga in a haste. This fortified wine, produced from Pedro Ximénez and Moscatelgrapes, has a sweet, potent flavour and is usually drank in short, narrow glasses. Visit El Pimpi and order a bottle of their finest to share among friends, while admiring the celebrity names signed on the bar’s numerous wine barrels. If you need a detox after some over-enthusiastic wine tasting activities, there is a fantastic yoga and wellness experience to be had at the Centro Santillan. Located in in the hills surrounding Malaga, the retreat offers dynamic and restorative yoga classes, morning hikes, food and nutrition classes, serene gardens and an on-site swimming pool.

Sleep in a bubble in Navarra

This hotel located on the edge of the Bardenas Natural Park - a UNESCO site and one of northern Spain’s most spectacular natural settings - makes for a truly remote and disconnecting getaway. Set against the dramatic backdrop of Navarra’s rocky, sandstone mountains and rolling wheatfields, Aire de Bardenas offers its guests the option to sleep in a ‘bubble’ - inflatable structures made of aluminium and plastic, designed in a sleek, white, minimalistic style by French engineer Pierre Stephane. Prices range from 265-390 EUR.

Some suites at Tenerife's Hotel Botanico have their own hot tub with a view!

The Canary Islands are an easy win for a quick fix of autumn or winter sunshine. The five-star Princesa Yaiza resort located on the south-eastern coast of Lanzarote, is surrounded by white sand beaches and breathtaking views of the Atlantic Ocean. Their spa offers facial treatments, massages, reflexology, hydrotherapy, as well as thalassotherapy, which harnesses the healing properties of seawater, algae and silt. Over in nearby Tenerife, the Hotel Botanico offers a number of Eastern wellness therapies in their Oriental Spa Garden.

There a few experiences more magical in Spain than a journey into the Moorish history of Andalucia. Traditional Arabic bathhouses in southern cities today combine ancient practice with modern luxury. Hammam Al Andalus has several branches around Spain - but Cordoba’s, located right next to La Mezquita cathedral, is allegedly the largest of its kind in Europe. The spa offers a number of specialist massage treatments, such as mimma (using essential oils) and midra (purification ritual on a hot stone bed). The city’s offer of characterful and historical luxury hotels like the Balcón de Córdoba, built in a restored 17th-century monastery, and the Hospes Palacio del Bailio set in an ancient Roman villa, make for a truly enchanting experience of the rich, diverse history of Al Andalus.

9117 Views
Register for our newsletter