AYANA Has Been Put On The Map As The 2023 Solheim Cup Marketing Machine Starts Up.. 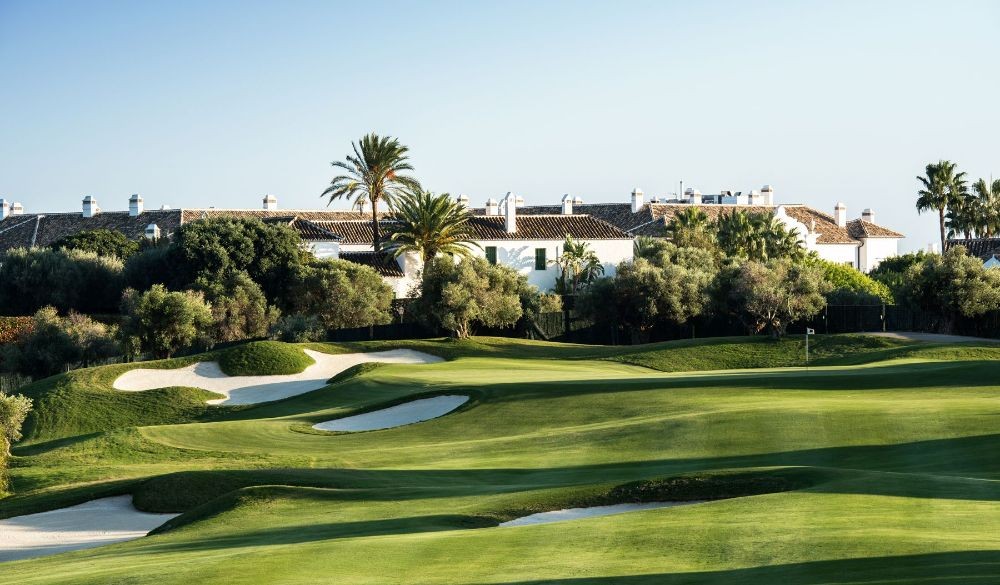 As the media machine starts to wind up, Estepona & Casares on the Costa Del Sol are being thrust into the limelight and the real estate markets in the surrounding areas of Finca Cortesin are taking full advantage of the interest this is generating.

Among some of the new developments taking advantage is AYANA in Estepona, just a short 10 minute drive to Finca Cortesin this new development has already attracted some well know golfing superstars, 140 Exclusive Residences and Penthouses set in a tropical, gated community provide the best new build in the area designed by Villarroel Torrico to seamlessly blend into the environment, Ayana accentuates the quintessential lifestyle and casual vibe of Estepona.

Incorporated into the developent is the café lounge & co-working space which will serve as a myriad of purposes - a lounge, café, co-working space and chill out zone for Ayana’s residents. And a place to sit down with a coffee and watch the 2023 Solheim Cup.

The Ladies European Tour announced last year that Spain will host the 2023 Solheim Cup at the world-renowned championship course at Finca Cortesin, Andalucía, with the exact tournament dates to be finalised soon.

Set to host the prestigious international women’s professional golf team event for the first time in the tournament’s history, Spain is no stranger to staging high-profile golf events with a rich history in both the men’s and women’s game, hosting the Ryder Cup in 1997 and staging 75 events on the LET and LETAS calendar including the season’s order of merit – The Race to Costa Del Sol.

Following in the footsteps of Scotland as the most recent destination to host the memorable match-play competition on European soil in 2019 and Toledo, Ohio, who will stage the upcoming 2021 contest, Spain becomes the sixth European nation to play host to the greatest team event in women’s golf following previous countries including; Wales, Sweden, Ireland and Germany.

Located in the heart of the Costa del Sol in Andalucía, Finca Cortesin is world-renowned as an elite golfing destination, previously staging three Volvo World Match Play Championship’s as well as regularly featuring in the top five list of ‘best courses’ in Spain by Golf World and Golf Digest magazines. It also recently enjoyed a comprehensive upgrade of all putting surfaces in 2017 and is known for its excellent condition of the fairways and greens and challenging course design, an ideal supplement to its attractive landscaping.

Speaking about the news, Ladies European Tour CEO, Alexandra Armas, said: “We are delighted to announce Spain as the host nation for the 2023 Solheim Cup when it returns to European soil for the 18th edition of this major international team golf event. Spain is a passionate golfing nation with knowledgeable fans and a history of developing generations of talented golfers while Andalucía’s strong cultural heritage will make for a unique experience for players, guests and supporters alike. The tournament will not only enhance the country’s reputation as an elite golfing nation but the Costa del Sol as a must-visit destination, which will help to inspire the next generation of children to take up the game.”

Spanish golfers have played an integral part of the tournament since the inaugural event was held in 1990, with as many as seven players representing Team Europe over the years – with only Sweden and England contributing more players to previous Solheim Cups. More recently, home favourite Carlota Ciganda has participated in the last four consecutive contests while Costa del Sol star Azahara Munoz also has four appearances to her name since making her debut in 2011.

Costa del Sol are joining the Global Partner family for the 2023 event, alongside PING and Rolex who are long-standing supporters of the Solheim Cup. Deporte & Business will stage the event, working alongside the Ladies European Tour to deliver all aspects of the tournament. Deporte & Business General Manager, Íñigo Aramburu, said: “It’s an honour getting the Solheim Cup for Spain. Undoubtedly, a good understanding among all the institutions involved was a key factor. Andalucía, Costa del Sol, Acosol, the Marbella City Council, the Benahavís City Council and the Royal Spanish Golf Federation went hand in hand to achieve a milestone that will promote quality tourism in Andalucía, and that will highlight the Costa del Sol as an unbeatable destination for women's golf. I would like to thank the Ladies European Tour and the LPGA Tour for the trust they placed in the Spanish bid.

“I can assure you we will try to host the best and most fun Solheim Cup in history. The Costa del Sol is a unique destination in the world and thanks to this event everybody will see it. I would also like to emphasize that the Solheim Cup venue, Finca Cortesin, is one of the best in Europe and its hotel has been ranked first in Spain and Portugal, so the teams will enjoy a world class hospitality in a spectacular setting."

The upcoming 2021 Solheim Cup will be staged in Toledo, Ohio, 4th-6th September, with Team USA aiming to reclaim the trophy from Team Europe, who captured the 2019 edition with a spectacular putt on the last green in the final match of the singles.

The Solheim Cup was first staged in Florida in 1990 and named after club manufacturer Karsten Solheim, who was the driving force behind its inception. The Solheim Cup is contested between two teams of 12 players over three days. It follows the same format as The Ryder Cup, with 28 matches – eight foursomes and eight fourballs over the first two days and 12 singles on the final day.