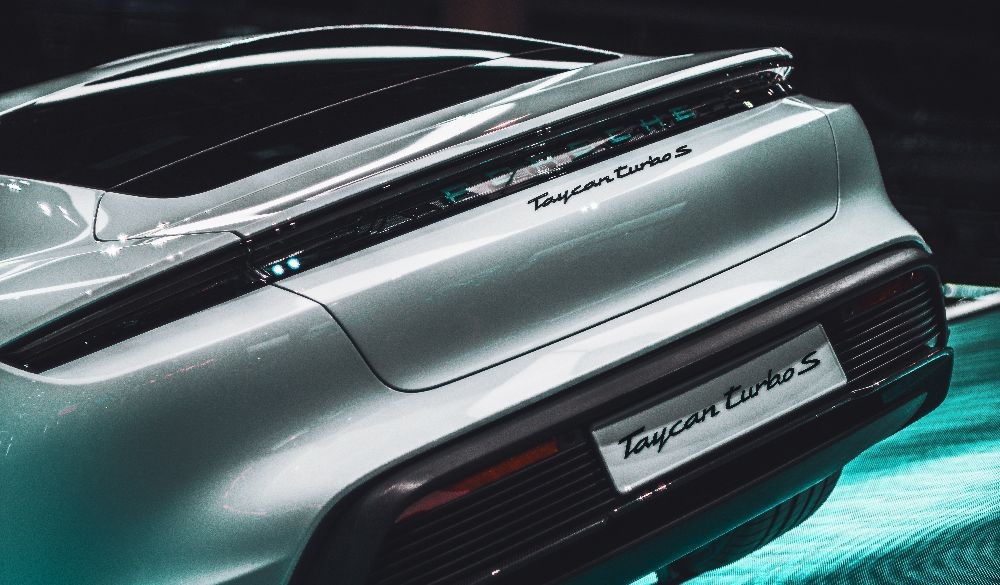 The 2020 Porsche Taycan ranks near the top of the luxury hybrid and electric car class. It has a high-end cabin, comfortable seats, quick acceleration, and poised handling. Despite these pros, overwhelming tech features keep the Taycan from claiming the top spot in this segment.


Is the Porsche Taycan a Good Car?

The 2020 Porsche Taycan is a great luxury car, and it’s the first true all-electric rival to the Tesla Model S. The Taycan offers astoundingly quick acceleration, thanks to its electric all-wheel-drive system. It feels planted and agile around turns, yet it still delivers a smooth ride on rough roads. The interior is equally impressive. It’s elegantly styled, library quiet, and bristling with high-tech features. All in all, the Taycan lives up to the hype.

Should I Buy the Porsche Taycan?

If you have the desire and the means, you should consider the Porsche Taycan. Pricing starts around $104,000, but for higher trim levels, it can soar north of $200,000 with options. For many shoppers, this puts the Taycan out of reach.

If you simply want a luxury electric car with strong performance and a quality interior, the $39,000 Tesla Model 3 and $80,000 Tesla Model S are more-attainable options. Both are expected to provide longer driving ranges as well, though we’ll have to wait for the Taycan’s official EPA ratings to be sure.

How Much Does the Porsche Taycan Cost?


How Much Does It Cost to Insure a Porsche Taycan

The cost of insuring a Porsche Taycan will depend on a variety of factors, including your deductible, the level of coverage that you want, and the type of insurance that you choose. Your age, gender, location, credit score, and driving record can also have an impact on your insurance rates.

Porsche Taycan Versus the Competition

Which Is Better: Porsche Taycan or Tesla Model S?

The Tesla Model S is a better choice for most shoppers than the Porsche Taycan. The Model S has a lower starting price than the Taycan by more than $20,000, yet it’s still expected to provide a longer driving range between charges, which is arguably the most-important measure of an electric car. The Model S benefits from Tesla’s exclusive coast-to-coast Supercharger network, making it easy to find a quick charge in many places. The Model S also has an easier-to-use infotainment system, more-advanced safety features, and a larger cargo capacity.

The Tesla isn’t as luxurious inside as the Taycan, and it doesn’t feel quite as agile on winding roads. Even so, we think it’s a better overall pick.

Which Is Better: Porsche Taycan or Porsche Panamera?

The Porsche Panamera is a better pick than the Taycan if you simply want a high-performance luxury car and don't care about having an all-electric vehicle. The Panamera undercuts the Taycan’s starting price by about $17,000, yet it still delivers vigorous acceleration, lively handling, and a comfortable ride. Inside the Panamera, you’ll find a similarly quiet and cozy four-seat cabin with top-notch materials, a wide array of high-tech features, and more cargo room than the Taycan.

The choice is easy. If you want an electric car, stick with the Taycan. For anything else, check out the Panamera’s lineup, which includes hybrid, V6, and V8 engines. They’re exciting, but not all-electric.

How Many People Does the Taycan Seat?

The Porsche Taycan is a four-door sedan with standard seating for four. A middle seat is optional for the second row, raising the capacity to five people.

The Taycan’s front seats are soft and supportive, and they provide a wide range of adjustment. Finding an ideal driving position is easy. There’s generous head- and legroom up front as well. Visibility is great to the front and sides of the car, though rear visibility is poor because of the slim rear window.

The Taycan’s outboard rear seats are similarly comfortable and well-bolstered in all the right places. The back seat is roomy enough for two adults on shorter trips, but tall passengers are apt to find both head- and legroom to be snug.

The Taycan sets the new standard for luxury EV interiors. The attention to detail and material quality are exceptional. The cabin is also well-insulated, and there’s little of the road and wind noise at higher speeds that many electric vehicles are plagued by.

The overall styling is modern but faithful to Porsche cars of late. Most surfaces are wrapped in soft leather. Optional accents include wood, aluminum, and carbon fiber.

The Taycan has 12.9 cubic feet of rear trunk space and 2.8 cubic feet of front trunk space. The front trunk – or "frunk" – is big enough to fit a duffle bag or a few grocery bags. The rear trunk can accommodate a pair of large suitcases with room to spare. The back seats fold in a 60/40-split, making it easier to fit longer items.

The Taycan’s cockpit is dominated by screens – up to four in total. Behind the steering wheel is a curved 16.8-inch digital gauge cluster, which has crisp graphics and a highly configurable layout, so you can see as much or as little driving information as you want.

A 10.9-inch touch screen is located in the center of the dashboard. It handles most of the infotainment functions, like the radio, navigation, and Apple CarPlay. Below it on the center console is a second touch screen. This display manages the climate control, seat heating, and volume settings. An optional third touch screen is located on the passenger-side dashboard, and its abilities are similar to the main infotainment screen: audio tuning and navigation, mostly.

This layout is futuristic and easy on the eyes, but apart from the gauge cluster, it has a steep learning curve and can be overwhelming to use. There aren’t any physical buttons or knobs, making it difficult to adjust settings quickly on the go. Even the air vents are a process to adjust, requiring you to delve into submenus on the center console screen. These controls may become more intuitive over time, but initial impressions are lukewarm.

The Porsche Taycan has an electric all-wheel-drive system. It consists of two electric motors (one at each axle) that produce a combined 429 horsepower in the 4S model and 616 horsepower in the Turbo and Turbo S models. If that sounds like a lot of power, it's because it is. The Taycan 4S can zip from zero to 60 mph in under four seconds, and that acceleration keeps building well beyond legal speed limits. The two Turbo models cut this sprint to just three seconds.

This straight-line speed is only part of the Taycan’s allure though. Switch into Normal or Range mode and the Taycan behaves like any good luxury sedan. It’s easy to drive. The throttle has a linear and responsive feel, the electric motors hum along quietly at highway speeds, and passing power is delivered with a satisfying surge.

Unlike other EVs, the Taycan has a two-speed transmission integrated into the rear axle. This helps the car accelerate quickly at low speed and cruise more efficiently at high speed.

At the time of writing, the EPA has not released driving range or mileage estimates for the 2020 Porsche Taycan.

Charging the Taycan at home using a 240-volt household charger or a Level 2 public charging station takes 10 to 11 hours. Level 3 public chargers can get the Taycan to 80% capacity in 90 minutes or less. To get the fastest charge, you’ll need to find a public charger that can provide 270 kilowatts, such as those offered by Volkswagen’s Electrify America initiative. Using this method can charge the Taycan to 80% in just over 20 minutes.
These fast charging speeds are made possible by the Taycan’s 800-volt architecture (most EVs have 400-volt systems). Another benefit to this setup is lower operating temperatures for the motors.

Taycan Ride and Handling: True to the Porsche Way

The Taycan may be Porsche’s first EV, but it drives just as well as the brand’s more traditional offerings. This sedan feels exceptionally stable and surefooted on tight, winding roads. Its standard air suspension does a great job of soaking up large bumps and dips in the pavement, yielding a smooth ride, but it still communicates smaller irregularities in the road to the driver. At highway speeds, the Taycan cruises straight, with minimal jostling from crosswinds.

This car achieves a delicate balance of comfort and sportiness that few rivals can match. Porsche dials this in even further with performance add-ons like optional four-wheel steering and active anti-roll bars. Critics point to two letdowns though. The steering doesn’t provide the tactile feedback that some drivers have come to expect from a Porsche. The bigger issue is the regenerative braking system.

Most EVs begin to slow down as soon as you pick your foot off the throttle. This is a result of the electric motors being used as generators to recharge the battery pack. The Taycan is different in that it provides almost no regenerative braking when you let off the throttle. Instead, it coasts along at speed, which is a little unsettling if you’re accustomed to the ‘one pedal driving’ offered by other electric vehicles, though it’s likely not a big deal if you’re coming from a gas-powered vehicle. On the plus side, the brakes provide strong and linear stopping power when you do press the brake pedal.

7115 Views
Register for our newsletter